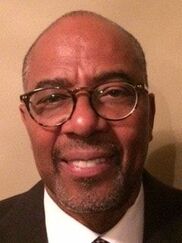 As a former IT Professional, I worked with several fortune 500 companies in the Richmond area for many years. I started my real estate business in 2007 in the heart of Southside Richmond on Hull Street. I acquired properties throughout the Richmond Metropolitan area for the purpose of resell or hold properties in its own inventory. I have held the position as President of the Hull Street Merchants Association for the past ten years. I attended Virginia Commonwealth University and studied Information Technology and Real Estate. 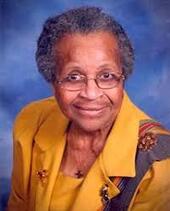 Sister Cora Marie Billings has been a member of the Institute of the Sisters of Mercy of the Americas for 63 years.  During that time she has been a Teacher, a Campus Minister and an Administrator. Since 1968 she has been an advocate for human rights.  As such she has done presentations around the nation. At present she considers herself a Community Volunteer. 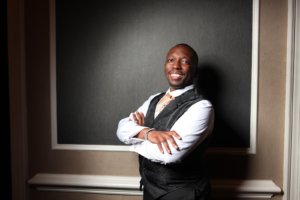 Sherwood Randolph Jr. is a Licensed Clinical Social Worker and native of Richmond, VA.Sherwood currently serves as the Behavioral Healthcare Program Manager at the Capital Area Health Network. Sherwood also serves as an Adjunct Faculty member at Virginia Commonwealth University and Bryant and Stratton College as well as serves as a Minister at two local congregations.  Sherwood maintains that people remain one of the most resilient and evolutionary creations on earth and he looks forward to every new opportunity to aid in the development and maturation of such growth. Sherwood can be contacted at randolphsa@vcu.edu. 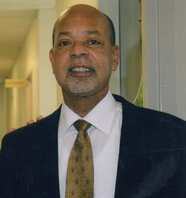 Fleming has been associated with South Richmond Adult Day Care Center for over twenty years serving as a board member, vice president, and most recently as past President.  Professionally, Fleming was employed by the Commonwealth of Virginia, Department of Corrections from 1973 thru 2009 in various capacities to include Corrections Officer, Rehab Counselor, Captain, Assistant Warden, Warden, Regional Director, and Assistant Director.  Upon retiring from the Commonwealth of Virginia, from 2012-2018, Fleming was employed by the City of Richmond as Deputy Director for the Department of Justice Services and ultimately as Director for the Department.
Fleming was joined in holy matrimony to his college sweetheart, Cynthia M. McGhee, in 1973.  Of this union they have three lovely daughters, Stacey, Nina, and Melanie. His hobbies include gardening, fishing and cooking and serving others. 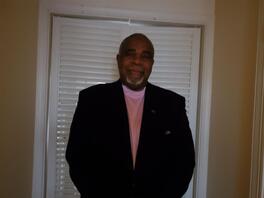 Pete Washington is a retired McDonalds Owner/Operator. Under the company name of PNGJ Enterprises Incorporated he operated six McDonald’s Restaurants in the city of Richmond and Henrico County including the one at Commerce and Hull St.
A native of Prince George, VA, he graduated from J.E.J Moore HS in 1965.  His college experiences include coursework at Virginia State College (now Virginia State Univ), Virginia Commonwealth University and Hamburger University located in Chicago, Illinois.
Pete has always seen community involvement as a way to give back.  To that end he has found the time to work with several community organizations serving as President of Club 533 and Chairman of the Board for the North Richmond YMCA. He served as a board member for Richmond Police Athletic League, the Virginia Farm Bureau and was a Boy Scout leader for 10 years with troop # 552.  His professional affiliations were the Virginia Black McDonald’s Owner/Operators and the Richmond McDonald’s Owner/Operators Association where he served as secretary of
the board for each group.
Pete and his wife Nora currently reside in Prince George. They are the proud parents of two sons, five grandchildren and two great-grands.

Christian A. Holloway, AGE: 60
BIRTHPLACE: PHILADELPHIA, PENNSYLVANIA
RESIDENCE: MIDLOTHIAN, VA (CHESTERFIELD COUNTY)
GRADUATE: JOHN BARTRAM HIGH SCHOOL, 1978; MEDICAL COLLEGE OF VIRGINIA/VIRGINIA COMMONWEALTH UNIVERSITY, ASSOCIATE IN SCIENCE IN RADIATION SCIENCES, 1982.
VIRGINIA COMMONWEALTH UNIVERSITY, BACHELOR OF SCIENCE IN MANAGEMENT INFORMATION SYSTEMS, 1987.
QUOTE: “IF IT CAN BE DREAMED, IT CAN BE DONE.” HOBBIES: RICHMOND BRAVES/SQUIRRELS FAN.  RELAXING WHILE TENDING THE BEGONIAS AND AZALEAS.  A TRUE FOODIE WHO ENJOYS BAKING, MODEL RAILROADING AND LONG MOTORCYCLE RIDES.
CHRISTIAN HOLLOWAY PREVIOUSLY WORKED FOR VIRGINIA STATE UNIVERSITY AS THEIR DIRECTOR OF IT GOVERNANCE AND RISK MANAGEMENT.  HE IS CURRENTLY PROVIDING IT CONSULTATION IN THE GREATER RICHMOND AREA.  IN HIS CAREER PATH, HE HAS CONTRIBUTED TO 3M CORPORATION, HEWLETT PACKARD, CAPITAL ONE, ELECTRONIC DATA SYSTEMS, NORTHROP GRUMMAN, VITA AND BANK OF AMERICA AS AN ASSISTANT VICE PRESIDENT WITHIN NETWORK OPERATIONS/MONITORING CONTROL OF THE NETWORK COMPUTING GROUP. HOWEVER, HIS GREATEST POSITION HAS BEEN TO TEACH AND PASS ON HIS KNOWLEDGE TO OUR UPCOMING YOUTH.
HE HAS WORKED WITH THE GREATER RICHMOND CHAPTER OF THE AMERICAN RED CROSS AS A VOLUNTEER SINCE 1994.  HIS FIRST CAPACITY WITH THE LOCAL CHAPTER WAS AS A CHARTER MEMBER OF THE LEADERSHIP DEVELOPMENT COUNCIL.  HE HAS SERVED TWICE AS CHAIR OF THE ANNUAL VOLUNTEER AWARDS & RECOGNITION COMMITTEE AND AS A PRESENTER AT THE CEREMONIES.  THE CHAPTER CEO, HEATH RADA, REQUESTED THAT HE SERVE IN THE CAPACITY OF DIVERSITY CONSULTANT.  HE RECEIVED HIS TRAINING FOR THAT POSITION IN APRIL 2001 AND HAS CARRIED FORTH HIS DUTIES IN DEVELOPING THE DIVERSITY GOALS. IN ADDITION, HE SERVES ON THE TECHNOLOGY SUBCOMMITTEE AND THE DIVERSITY SUBCOMMITTEE.  AWARDED THE 5-YEAR SERVICE PIN, CERTIFICATE OF APPRECIATION AND THE EXCEPTIONAL VOLUNTEER SERVICE AWARD.
HE IS A FORMER MEMBER OF CLUB #6166 OF TOASTMASTERS INTERNATIONAL.  HE HAS TAUGHT 6TH THROUGH 8TH-GRADE CLASSES FROM 2001 TO 2016 TO APPROXIMATELY 30 STUDENTS EACH YEAR IN HOLOCAUST STUDIES.

We Would Love to Have You Visit Soon!